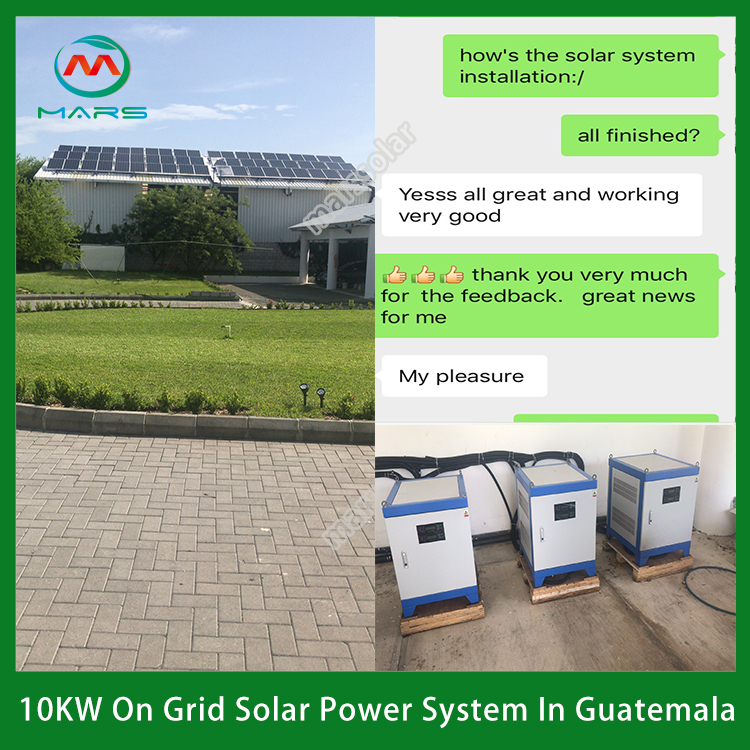 When the kit solar on grid inverter converts the DC power generated by the PV module into AC power, it will be mixed with DC components and harmonics. At the same time, there is an unschedulable situation in which the remaining kit solar on grid power is transmitted to the large grid through the distribution transformer. Therefore, at present, some power departments only allow kit solar on grid to be integrated into the mains grid, but not allow surplus power to be fed to the large grid through distribution transformers. The anti-backflow device is created to solve such problems.

If you have another questions for kit solar on grid,contact profeesional solar system manufacturer Mars Solar directly!Get suprise product/price and service!